The cold winter months are not the most conducive to great bird photography.  The birds tend to stay out of the open and in the protection of trees and bushes.  In addition, those which sport bright breeding plumage have just begun to change and are often rather dull.  However, one benefit is their attraction to our feeders where they don’t have to scrounge in the bushes for food.

These photos were all taken sitting within the warm confines of our kitchen through an open window.  About 3 meters away is an oak tree where the birds gather to utilize a suet feeder.  There are always the common local species but sometimes I’m surprised by a speedy entrance and exit of an uncommon species so the wait is often worth it.

Dark-eyed Junco (“Oregon Junco” race):  These are one of the most common birds in the neighborhood, arriving in late October and staying until April.  Normally ground feeders, they really like the suet and there are always several in the tree and on the ground. 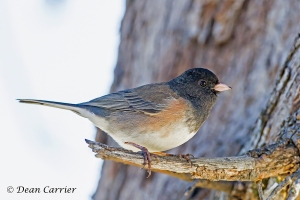 Oak Titmouse:  Another common species that’s resident here all year.  They are pretty quick; coming into the feeder and grabbing a bite, taking it to a protected area to consume it, and then back again. 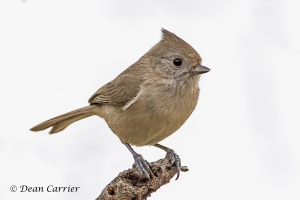 White-crowned Sparrow: Largest sparrow and very showy.  More common in the winter than in the summer. 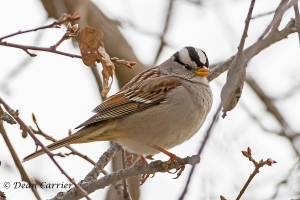 Golden-crowned Sparrow: Usually competing for fallen scraps under the suet feeder.  Only here in th winter. 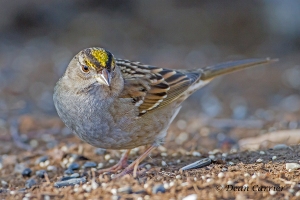 House Finch: Another year-round resident, likely the most common.  Mostly considered one of those LBJ’s (Little Brown Jobbies) yet the breeding males can be very flashy.  Most hang out around the sunflower seed feeders in the back yard. 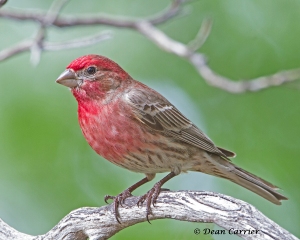 White-breasted Nuthatch: Scooting up and down the trunk and branches, they really like the suet but getting them to sit still enough for an image is a challenge. 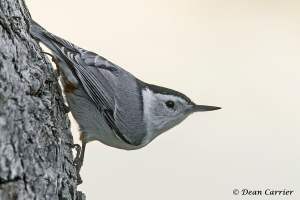 Lesser Goldfinch: The oak tree is a stop-over in route to the backyard thistle feeder.  Year round, very common, we initially hung a small thistle-seed sock to attract them, now we go through 50 lbs. of thistle seed a month. 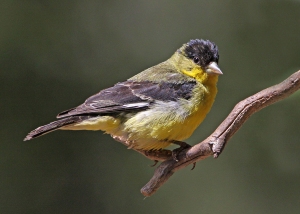 Pine Siskin: Another first-year visitor from the pine zone. 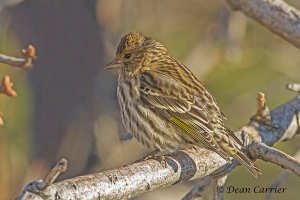 Steller’s Jay: This is the first year we’ve had this species, apparently moving down from the Ponderosa pine zone a few miles above us.  You’d think with the warming climate the movement would be the other way but not so. 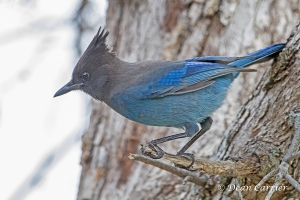 Spotted Towhee:  These guys don’t feed off the feeder but stay on the ground below it to pick at the scattered pieces the other birds dislodge.  A resident, but they are very scarce in the summer, staying in the brushy canyon below the house. 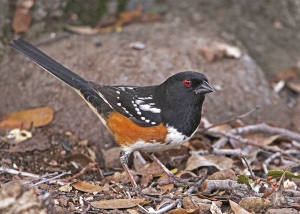 Say’s Phoebe:  First (and last) time I’ve seen this species here.  Stopped briefly for a few seconds and then was gone…not enough time for a lot of good images.  These are flycatchers so the suet would not attract them. 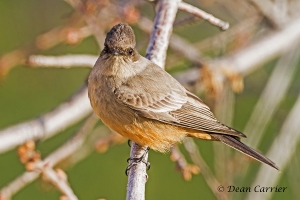 Western Bluebird: Residents all year but only occasionally seen in the oak tree, briefly landing to watch for insects in the lawn below. 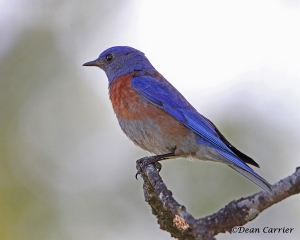 Nuttal’s Woodpecker: Never seen until we put up the suet feeder.  Now both male and female there several times a day all year. 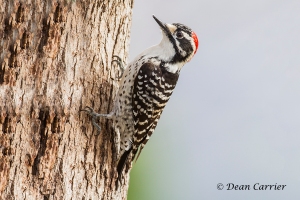 Acorn Woodpecker: Obviously the royal family of the area.  Loud, obnoxious, destructive.  There’s probably a dozen in and round our property.  When they arrive they do so with a lot of squawking to warn the other birds to get out.  A $1,500 renovation of our roof now prevents them from jamming their acorns under the shingles for storage so they’ve reverted to filling all my nest boxes with acorns Making it necessary to clean them a couple times before nesting season.  But, for color and attitude, you can’t find a better bird. 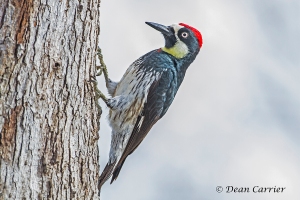