We left the Karoo and headed back toward the coast into a more temperate area, the Overberg.  Could we actually be in California…maybe on one of my family’s trips in the 1940’s to the San Bernardino Mountains…through the vineyards in the Riverside Valley?

Our lodging was at the De Wagenhuis Guest House, a converted dairy farm built in the late 1700’s.  It was the nicest place we stayed and the buffet food and good wine made it even better. 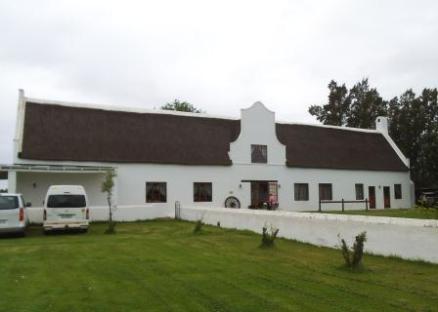 The next day we headed to Bontebok National Park, a small park of open grassland along a river. 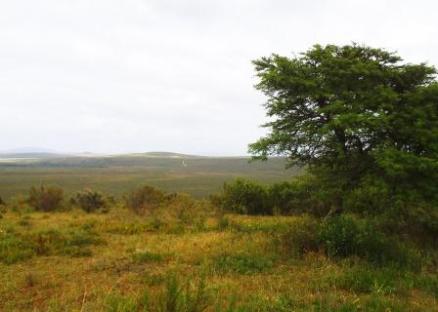 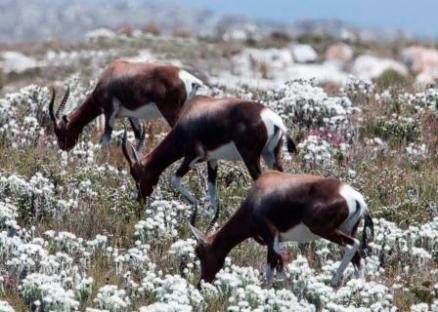 Pied crows and common fiscals were present everywhere we went. 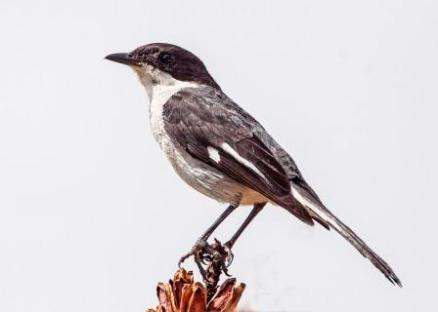 Walking along the jungle of vegetation along the river we were able to find openings where we could photograph African fish eagles roosting.

In the grassland we saw a distant black harrier, an endangered species and red-collared widowbird. 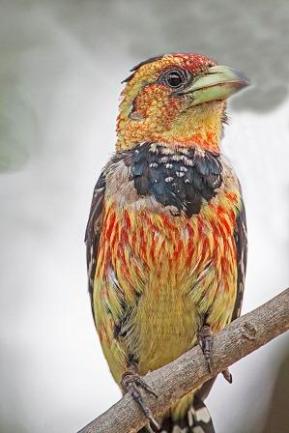 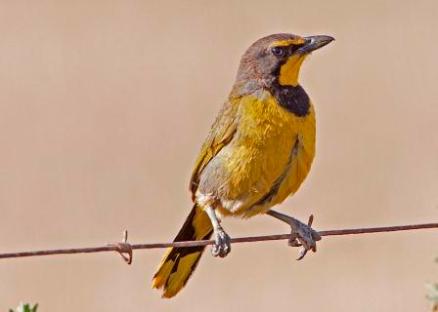 Traveling to a hide (the European term for a blind) at a pond near the river we were able to get close-up photos of birds including Andean flamingo, little grebe, spotted thick-knee, and hammerkop. 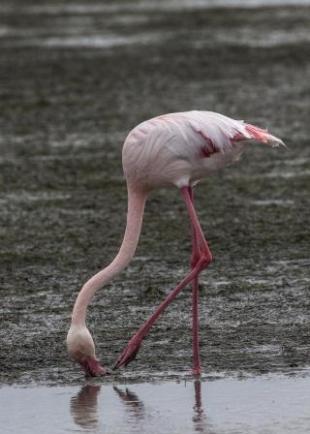 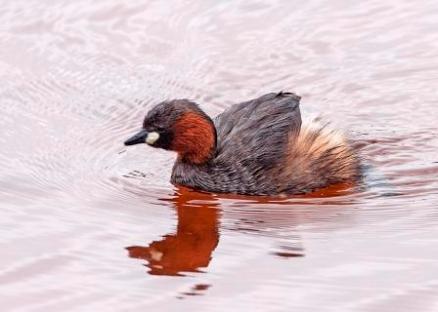 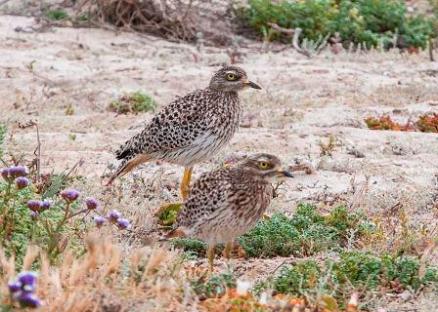 …and an ostrich, that stood out in a field of yellow flowers. 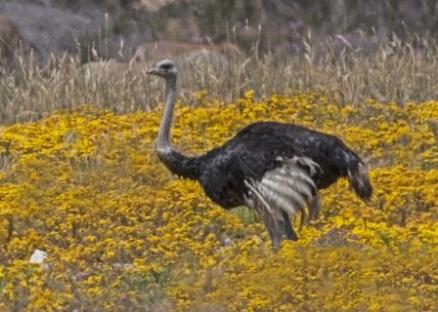 Then it was back to Cape Town and a hectic rush to the airport for an evening flight to Johannesburg.

Next time The Drakensburg to Kruger